Streaming services have risen in ratings over time, and the pandemic has been an important factor in their evolution.

Amazon Prime has not been left behind, preparing an interesting and entertaining list for the month of November 2020, ranging from Thrillers, Comedies and Oscar-nominated films.

These are the premieres of Amazon Prime to enjoy at home with the family in the month of November 2020.

Interesting comedy that tells the story of Rachel Chu, a New Yorker who travels with her boyfriend to attend her best friend’s wedding in Singapore. A trip that represents the unique moment of meeting the family of her fiancé, taking more than one surprise upon arrival.

Migo, a yeti who firmly believes that humans are not a dream and has to do everything possible to prove it to his tribe.

Bruce Willis plays a disgraced doctor, making himself and his family hostages in their own home, being forced to tend to a group of criminals who flee a robbery that had a chaotic end.

Preacher is a dark, dramatic comedy based on the comics, following a Texas preacher “Jesse Custer” who develops supernatural powers. A whole crazy world full of characters that you are sure to enjoy.

Fabiana is a mother whose turn it is to become a driver after her husband falls ill. A film that narrates how a woman will face the macho world of taxi drivers, exchanging the roles and roles of the home with her husband, who will have to stay at home.

Cristina is forced after a painful separation to find a new housemate with whom to share expenses. It is when he meets Alejandro whom he accepts without hesitation. A series full of intrigue, starring Marimar Vega, José Pablo Minor, Diana Bovio, Julián Román and Carolina Ramírez.

A Star Is Born

The well-known film by Bradley Cooper and Lady Gaga, will arrive on the Amazon Prime platform to be enjoyed over and over again. And it is that the films where we feel identified in some way or another, are the perfect candidates to have them on hand and shed the occasional emotional tear.

This series introduces us to ten single men and women enjoying the most of a paradise vacation. I keep telling you? This information will be enough for you to keep the bug inside.

This Is Us – temporada 4

Season 4 of This is Us comes to the platform, in which revelations from the past will take center stage this time in the midst of love, happy moments, glories achieved and deep anguish.

A mixture of terror and comedy, in which a man discovers that he is part of a secret sect made up of beings with supernatural powers who spend their time hunting demons over the Internet.

A series of spies could not be missing, in which Alex Rider is a common teenager and is recruited to work in MI6, finding himself in need of unthinkable resources to carry out the work of an agent.

Inspired by real events, the series tells the story of Paul Schäfer, a missing Nazi who founds “Colonia Dignidad” in southern Chile, a mysterious German cult, and is discovered by a young lawyer who dedicates all his strength to bring him before the Justice.

Sam and Sonny bring to light a mysterious book. The inhabitants of Wardenclyffe, in New York, will live another nightmare while the inseparable friends unleash the terror of the Goosebumps.

Under The Silver Lake

Sam discovers a mysterious woman swimming in his apartment pool. The search that he undertakes after his disappearance leads him to discover mysteries and even a conspiracy that takes place in the City of Los Angeles.

A delicious adventure of dogs and humans around the world that you are sure to love.

In the 1970s, Frank Bledsoe and his niece Beth take a road trip to attend the funeral of the family patriarch, from Manhattan to Creekville, South Carolina, surprises arise along the way and …

“Not everything is what it seems” it is the teaching that this film brings us, in which Paula has had a perfect and happy life while Paulina has not had the same luck. The least expected day the roles will be exchanged and … 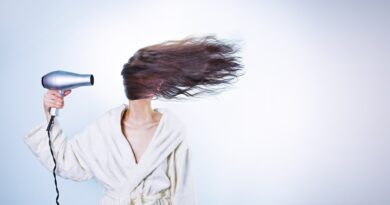 David Hasselhoff to be the new Superman in Dark Nights: Death Metal

‘The Curse of Bly Manor’, the new Netflix series