To err is human, but to recognize it: it humanizes us more!

Even Hollywood stars make mistakes and make mistakes even though they have the support and help of an entire team behind their back, where editors and publicists take care to ensure that their boss’s public image is not tainted by controversies that arise out of nowhere.

But sometimes it is not enough and the big stars end up becoming the involuntary target of strong criticism, as has happened to Anne Hathaway for the images of his new film “The Witches”.

Anne Hathaway apologizes for “The Witches”

The film tells the story of a boy who discovers the existence of a secret society of witches, who plan to destroy all the infants in the world.

A really evil plan that can only be canceled if it ends with the powerful Grand Witch that Hathaway gives life as the leader of the society and delicate and handsome appearance who will only show her true and terrible appearance when she thinks no one sees her, being precisely here in its transformation from monster where the controversy has arisen.

The reason that triggered this controversy was that, unlike what is written in the story by Roald Dahl, where the witch is described with claws instead of hands, those responsible for the film preferred to characterize Anne with a hand in which only it has three fingers.

Anne Hathaway apologizes for “The Witches”

Well, it turns out that there is a congenital malformation that many people in the world suffer called: Ectrodactyly, and seeing that this disease is related in the film with monsters, the association that struggles to make it visible in the film has not liked anything.

The controversy has been so strong that after the study apologized a few days ago, Anne Hathaway herself wanted to do it publicly on her official Instagram profile.

“I have learned that many people with limb problems, especially children, have felt hurt by the portrait that the Grand Witch makes in The Witches” – said Hathaway in her video, where he also added: “As someone who believes in inclusivity and really hates any kind of cruelty, I owe you an apology for the pain caused. I’m sorry. I did not associate the character with this problem; If I had, this would not have happened (…) Now that I know I promise to do better. I also owe a special apology to all those who love us as much as I love my children; I am sorry for having failed their families ”.

Scarlett Johansson to play the Bride of Frankenstein in “Bride”

Isabelle Fuhrman returns to star in ‘The Orphan’

‘You’ will have new characters: Shalita Grant and Travis Van Winkle join the cast 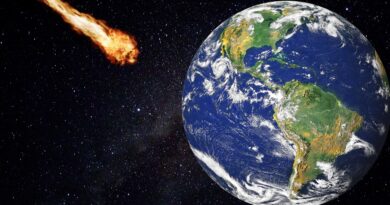 On November 2 an Asteroid will hit the Atmosphere

Johnny Depp will no longer be the magician Grindelwald