Selena and Beyonce: The Luck of a Generation (Entertainment, News, Cinema, Fashion, Celebrities, Ephemeris and more in Dorian’s Secrets)

Listening to a small verse, word or the simple melody of “COMO LA FLOR“, or any other of the great successes interpreted by Selena Quintanilla transports a whole generation that grew up listening to it on the radio, on TV and, the most lucky, LIVE.

Many details and nuances of Selena’s life continue to come to light and her eternal followers do not cease to pursue that tireless search to continue knowing her and, perhaps, recover some of the stolen time, following step by step everything new that can come out to her the light.

“If I had been lucky enough to have ever seen it”

It is the thought of many that continues to cross our minds.

But I didn’t say much to Selena because I wasn’t a celebrity and I just say her and said ‘hello’ and kept it moving. Definitely, growing up in Texas, I heard her on the radio.

Exact words declared by Beyonce and also a recreated moment that can be seen in the second season of the most recent series by Selena Quintanilla: «Selena, la Serie».

The admirers and followers of these two great stars were not aware of this moment lived between the two singers, that is why to the surprise of many, seeing it recreated in the series makes us think how much more we do not know about the interpreter of “No me queda más”.

Beyonce “enjoyed” her face-to-face moment with the late singer, as she recently stated in an interview for MTV, after confessing that as a teenager she met Selena in a shopping center in Houston, Texas, but the fact that her performer of great successes such as “Crazy in love” and “Halo” still did not enjoy the fame or popularity that he enjoys today, he did not know what to say, he only limited himself to say hello and continue on her way.

Her big spontaneous smile, her passion for acting and her talent for designing fashion have remained in our minds forever inspiring us even today.

The singer Beyonce was not exempt in this expansive wave of talent and inspiration that the Queen of Tex-Mex gave us.

“Despite not understanding exactly what Selena was singing, she helped me a lot and inspired me in my career“. Beyonce said after expressing great admiration for the Queen of Cumbias.

At that time many mothers encouraged their daughters to sing Selena’s songs and Beyonce’s mother was one of them, who as a child was already encouraging her to do so.

Knowing new aspects, tastes and hobbies of the actress tie us to new productions with which perhaps the generations that grew up with her do not feel as identified and perhaps do not share the same perspective on Selena as the current generation.

Selena came to each of our homes with an image of a free, strong and independent woman, both passionate and sweet, capable of making her own decisions.

This is the image that Selena represents for the generation that knows and still sings her songs, listening to her and imitating her, not only in her style and dance but also in these personality traits, evident to the viewer who followed her and who felt the pain of losing her in 1995.

Two sides of the same coin

Said aspects of the star are questioned in “Selena, the Series”, where we see a Selena somewhat more childish, captivated and far from being able to choose and decide on her day-to-day life.

Which of the two versions is the true one?

Maybe both! We wonder those of us who still regret her absence and that now after so many years, a new image of the singer is shown to the world, an image that will remain with her most recent audience, the one who will know her through interpretation of an actress, filtered by the eyes of directors and screenwriters, and not by what the authentic Selena transmitted in her multiple live performances.

Selena and Beyonce: The Luck of a Generation (Entertainment, News, Cinema, Fashion, Celebrities, Ephemeris and more in Dorian’s Secrets)

Jerusalema: Bound and Hope Beyond Religion
Billie Eilish on the Vogue’s Cover
Winners of the 93rd Academy Awards & Oscars 2021
93rd Academy Awards, Nominees and More…
MULUK: The Authentic Taste of Mexican Mezcal arrives in Havana
The Bridgertons, Netflix Most Shocking New Series of Success
Golden Globes 2021
Javier Bardem and Nicole Kidman: Marriage?
Adele deletes YouTube videos
The Cranberries dedicates moving message to Dolores O’Riordan
Ben Affleck will direct ‘Keeper of the Lost Cities’
Indiana Jones will have a new video game
Rapper and Influencer Braxton Baker dies at 21
Anne Hathaway apologizes for “The Witches”
Actress Sophie Turner will play a Princess again
New Agent 007 will be a Woman
Emily in Paris: Season Two?
They request expulsion of Amber Heard from ‘Aquaman 2’
Johnny Depp will no longer be the magician Grindelwald
Isabelle Fuhrman returns to star in ‘The Orphan’

The 10 Fashion Trends That Will Define 2021
Sunglasses: Trends for 2021
Gucci designs its first 100% Virtual Sneakers!
Gucci Fashion Show: A Week Festival
Meet the real-life Emilys
Steampunk Fashion: Glamour with Fantasy
This is how the Jeans are going to be worn this Fall
Chanel brings Hollywood glamour to Paris Fashion Week
Highlight your eyes to the fullest by wearing these clothing colors!
7 hair mistakes that make you look older!
Tricks so that your feet do not suffer in heels!
How often should you wash your clothes to make them last longer?
Beautiful and Pretty with Mouth Covers!

Selfishness is not living as you want to live, it is asking others to live as you want to live
We are each our own devil and we make this world our hell
Loving yourself is the beginning of an eternal love story
Happy Solidarity Day!
It is the confession, not the priest, who gives the absolution
It’s terribly sad that talent lasts longer than beauty
A mask tells us more than a face
“Loving with all your might the person you want to become is the beginning of a new life” LSDD 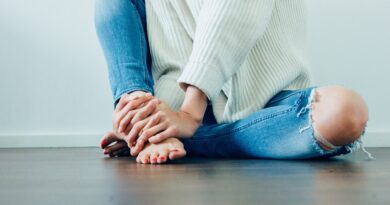 Liam Neeson: I like vulnerable characters, I find them very attractive

Scarlett Johansson to play the Bride of Frankenstein in “Bride”

Did you know that: The name Venezuela is a diminutive of Venice, that is to say little Venice, and has its origin in the lake constructions of the indigenous people in Lake Maracaibo.

7 Secrets to Celebrate International NO DIET Day without restrictions. Enjoy Life!!! It’s One: It’s YOURS!

Ginger, Lemon and Honey Tea - Slim down and Control Appetite

New look at Anne Hathaway in ‘The Witches’