Saturn in opposition to the Sun at 06:00 UTC. This planet will be at its closest point to Earth and its maximum magnitude (+0.2). It will be the best time in 2021 to observe Saturn.

Conjunction of the Moon and the Pleiades during the early morning of the 2nd in an easterly direction. Maximum approach at 11:00 UTC.

Conjunction of the Moon and the star Aldebaran before the sunrise in an easterly direction. Maximum approach at 05:00 UTC. Aldebaran magnitude of +1.0.

Conjunction of the Moon and the star Aldebaran before sunrise in a Northeast direction. Closest approach at 22:00 UTC (day 6). Aldebaran magnitude of +1.0.

Conjunction of the Moon and Venus when the Sun sets in a western direction. Maximum approach at 11:00 UTC. Magnitude of Venus of -4.0.

The Perseid meteor shower will peak at 12:00 UTC. The maximum will last approximately 12 hours. The meteor shower is active between July 17 and August 24; produces bright meteors with persistent streaks (between 50 and 100 meteors per hour at maximum). Better visibility conditions after midnight.

Conjunction of the Moon and the star Spica at dusk in a southwesterly direction. Maximum approach at 15:00 UTC. Spica magnitude of +1.0.

Conjunction of the Moon and the star Antares at dusk in a southerly direction. Maximum approach at 22:00 UTC. Antares magnitude of +1.1.

Jupiter in opposition to the Sun at 00:00 UTC. This will be the best time in 2021 to observe the largest planet in the Solar System (magnitude -2.9).

Conjunction of the Moon and Saturn beginning at dusk in a Southeastern direction. Maximum approach at 00:00 UTC (day 21). Magnitude of Saturn of +0.3.

Conjunction of the Moon and Jupiter beginning at dusk in a Southeastern direction. Maximum approach at 08:00 UTC (day 22). Jupiter’s magnitude of -2.9.

Conjunction of the Moon and the Pleiades before sunrise in an easterly direction. Maximum approach at 19:00 UTC.

Conjunction of the Moon and the star Aldebaran before sunrise in an easterly direction. Maximum approach at 13:00 UTC. Magnitude of +1.1.

Finally, a perfect alignment between the Sun, the Earth and the Moon occurs, which results in eclipses. A solar eclipse occurs when the Moon passes in front of the solar disk, and can only occur on a new Moon, while a lunar eclipse occurs when the Moon passes through the Earth’s shadow, which can only occur on a full Moon. This transition between phases has been used to measure time, which is why many lunar calendars were created based on the lunar cycle (moon phase). The Moon actually takes eighteen days and it happens because the Sun and the Earth align with each other, having said that the Moon is forming. 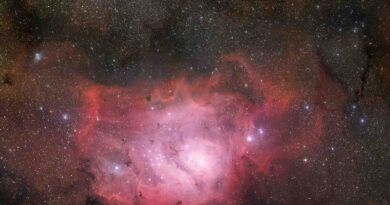 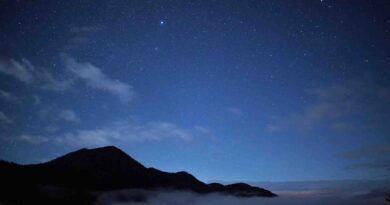