February 23: Conjunction of the Moon and the stars Castor and Pollux. (Astrology, Cosmos, Stars, Astros, Tarot, Horoscopes, Mysteries, Influences, Curiosities… Connect your mind with the Universe, Learn today with Dorian.)

Today, February 23, 2021, the Conjunction of the Moon and the stars Castor and Pollux will be occurring, beginning at dusk in a Southwest direction.

In Greek mythology, the Dioscuri (in ancient Greek, Διόσκουροι, Dióskouroi, “sons of Zeus”) were two famous twin heroes sons of Leda and brothers of Helen of Troy and Clytemnestra, called Castor and Pollux (or Polideuces or Polideuco) . In Latin, they were known as Gemini (“twins”) and sometimes as Beavers. According to the Lexicon of H. G. Liddell and R. Scott, Κάστωρ Kástôr means “beaver”, in ancient Greek, and Πολυδεύκης, Polydeúkês, “very sweet.”

Castor was famous for his ability to tame horses and ride them, and Pollux, for his prowess in hand-to-hand fighting (similar to what is now called boxing). When Theseus and Piritous kidnapped her sister Helen from her and brought her to Aphidna, the Dioscuri rescued her from her, and also kidnapped, in revenge, Theseus’s mother, Etra. Also, they accompanied Jason on the Argo. During the trip, Pollux killed King Ámico, in a bare-handed combat. When Astidamía, queen of Yolco, offended Peleo, the Dioscuri helped him to devastate his country.

Castor and Pollux kidnapped Leucippus’s daughters, Hilaira and Phoebe, and married them. For this, Idas and Lynceus, nephews of Leucippus (or rival suitors), killed Castor. Pollux, who had received the gift of immortality from Zeus, convinced his father to grant it to Castor as well. Thus, both alternated as gods on Olympus and as deceased mortals in Hades.

His party was celebrated on July 15. Although in Greek mythology Castor was much more revered than Pollux, both had their own temple in the Roman Forum called the Temple of Castor and Pollux. Compare them with Amphion and Zeto of Thebes; with Romulus and Remus, from Rome; with Saint Cosmas and Saint Damien, from the Catholic religion, and with the Asvins, from Vedic mythology. Some authors have proposed the hypothesis of a common Indo-European origin for the myth of the twin gods.

The constellation Gemini represents these twins, and their brightest stars (α and β Geminorum) are named Castor and Pollux, in their honor. There are also ancient sources that identify them with the morning and night stars. Other sources assign the Dioscuri the role of patrons of the sailors; With that dedication, a temple was dedicated to them in the port of Naucratis, Egypt. In this sense, both were identified with the phenomenon known as Fire of San Telmo, when the fire was of two ends.

A Roman legend considered that the Dioscuri had fought in the Battle of Lake Regilo, commanding the cavalry of the Romans that defeated the Latins. After the end of the battle, while their horses watered from a spring in the forum of Rome, they announced victory to the Romans. In the same place where they were seen, a temple was erected for them, and the fountain next to it was considered sacred. In addition, each year sacrifices and festivities were held in his honor, to commemorate the victory.

How does the conjunction of the Moon and the stars Castor and Pollux influence the life of the Zodiacal Signs?

February 23: Conjunction of the Moon and the stars Castor and Pollux. (Astrology, Cosmos, Stars, Astros, Tarot, Horoscopes, Mysteries, Influences, Curiosities… Connect your mind with the Universe, Learn today with Dorian.) 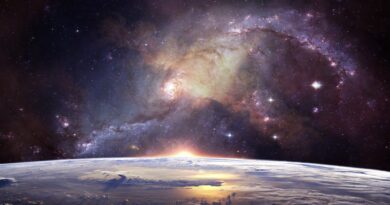 Conjunction of the Moon and the Pollux and Castor Stars 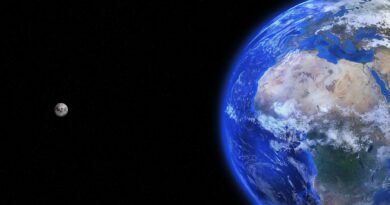