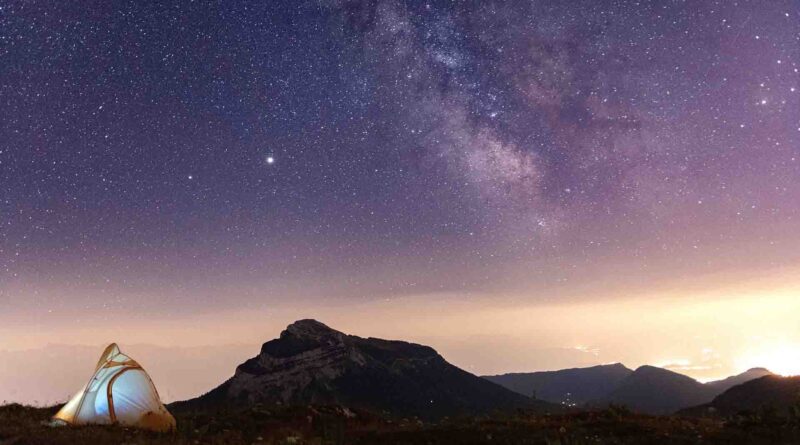 Today, November 9, 2020, the phenomenon of the Conjunction of the Moon and the star Regulus will be occurring, which will be visible during the early morning of Today.

Regulus (α Leonis / α Leo / 32 Leonis / GJ 9316) is the name of the brightest star in the constellation Leo. It is one of the four Mesopotamian “royal stars”, along with Aldebaran (α Tauri), Antares (α Scorpii) and Fomalhaut (α Piscis Austrini).

Visually it is blue in color and has an apparent magnitude of +1.35. It is almost on the ecliptic at only about 25 arc minutes, and towards August 23 it is on the other side of the Sun although the Sun does not hide it.

Its declination (celestial latitude) is about 12 degrees positive (+ 12º) with respect to the celestial equator, which means that it is in the northern celestial hemisphere and that it is seen passing through the zenith from 12º N while from 77º S it is seen on the horizon. It reaches its peak at midnight around February 20.

According to the precession movement that modifies the coordinates of the stars, 44 centuries ago (around 2,400 BC, in the time of the Old Kingdom of Egypt) the solstice points coincided towards the position of Regulus, so that their culmination at midnight coincided with the winter solstice (in the Northern hemisphere) and its culmination at noon (with the Sun) with the summer solstice.

In 22 centuries, around 4200 AD, the equinoctial point is the one that will be very close to Regulus.

How does the Conjunction of the Moon and the star Regulus influence the life of the Zodiacal Signs?

As I always tend to emphasize, each astronomical phenomenon has a direct influence on the astrological character of each Zodiac Sign and usually varies in relation to the movement of the stars that is taking place at the time of the phenomenon.

The phenomenon of TODAY has a strong influence on the sign of LEO, urging him to make changes in his life especially in relation to work and business, urging him to leave behind the taboos and prejudices established by his system of beliefs and thoughts in in order to take a step forward and make a positive 360º turn that will surely bring you countless benefits.

Dorian especially recommends that those born under the sign of LEO make the most of the influence that the Conjunction of the Moon and the star Regulus will have on their lives, as it is a magnificent opportunity to take that leap without fear or reservation to achieve success. wanted for so long.

Always remember: “Doing the same thing every day, we will never obtain different results”, and TODAY is the right day to make all the changes that you are needing to build a better future in the short and medium term.

And this is all for today dear friends of Dorian’s Secrets!

Remember: The passage of our lives on this planet Earth is ephemeral compared to the life of the elements from Cosmos that have been present for billions of years.

A big hug and I wish you: The Best of your Days!
DORIAN.